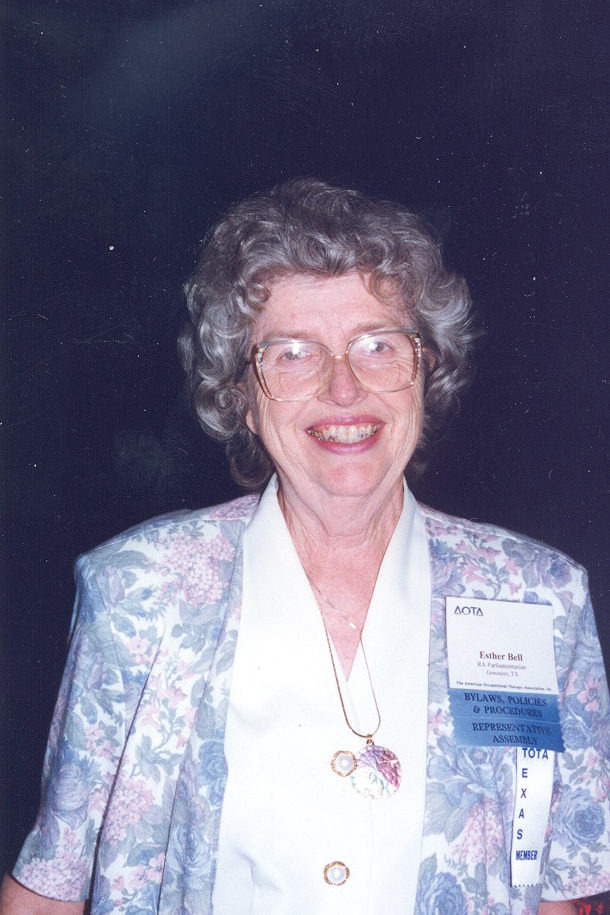 Esther Bell, MA, OTR, FAOTA, exhibited more than 50 years of humble servant leadership to AOTA. Bell served as President of the Texas Occupational Therapy Association from 1994 to 1998. Joining the AOTA Roster of Fellows in 1980, she also served on AOTA’s Executive Board from 1978–1982 and 1986–1989. She received the Warm Springs Foundation Philanthropic Award for her service in supporting the enhancement of quality of people with disabilities. Through her service on many AOTA and TOTA committees and task forces, Bell indirectly influenced thousands of occupational therapy practitioners. Read an article by Bell on changing practice and one on the importance of policies.