The Mississippi School of Occupational Therapy is the first school to offer courses in occupational therapy for African Americans. The private school is later relocated to Louisiana by its director, and courses are discontinued in 1939, as the state’s segregation laws require a separate  department to educate the African American students, causing overcrowding in the program.

The NSPOT Constitution is revised, changing the name of the group to the American Occupational Therapy Association (AOTA) and establishing a House of Delegates, an affiliation of state and regional OT organizations with the purpose “to put the association in the hands of a larger group of people,” according to Eleanor Clarke Slagle.

AOTA’s Headquarters is established at 370 Seventh Avenue, Room 1641, in New York City; it will remain in the city until 1972, when AOTA moves to Maryland.

The Archives of Occupational Therapy is first published by Williams & Wilkins, with William Rush Dunton serving as its editor until 1946. The House of Delegates meets but disbands because not enough state associations participated. Eleanor Clarke Slagle is elected Secretary–Treasurer and acts as volunteer Executive Director until her retirement in 1937.

The first minimum training standards are adopted for occupational therapy education and are later revised in 1930. 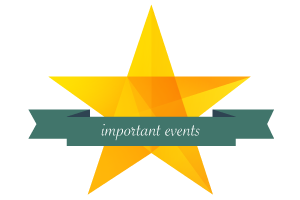 1920s
Important events in the history of the occupational therapy profession.
See all events by
decades