Occupational therapy was only 4 years old when the New York Herald ran an article about how OT helps wounded veterans.

The September 25, 1921, edition of the newspaper included a profile of occupational therapy at Fox Hill base hospital on Staten Island in New York.

The article starts off by saying occupational therapy might be a mouthful, but that it’s part of the regular vocabulary at this hospital. “When you are a disabled veteran of the great war you don’t much care what they call it as long as they give you something to do.”

Life in a hospital for these wounded World War I veterans could get pretty monotonous according to the article, and the occupational therapy staff helped them find productive tasks that would occupy all of their spare time.

A few of the veterans featured in the article were working on scarves for wives and girlfriends, sweaters for themselves, and many other crafts like baskets and bead bags.

Profiling one veteran, the article says, he “lost an eye and a couple of other things, had a helluva time all in all. Didn’t know much what to do with himself until the girl in blue came along and got him started on bags. Now he was making one for the wife.”

Note: Because this was the 1920s you’ll see some references and terms in the article that would not get by a newspaper editor’s desk today (including a long, rambling bit about “women’s work). However, it’s interesting to see how OT was covered in the news only a few years after its founding.

The profile ends with this: “The average disabled veteran of the great war isn't worrying much about how the nation is going to reward him for his sacrifices. What he wants is something to kill time in the hospital.”

Read the full article on the Library of Congress website.

Images are from the Chronicling America project of the Library of Congress.

Check out these related items about occupational therapy’s history working with veterans and service members: 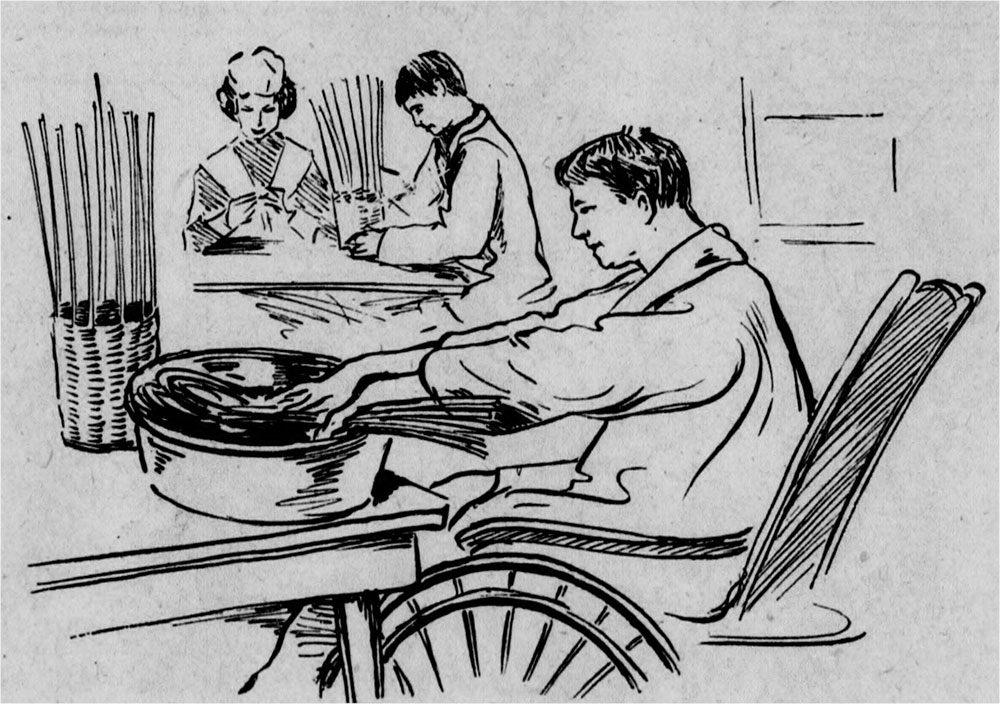 Moments
OT was only 4 years old when the New York Herald ran an article about helping wounded veterans.
See all articles in
Moments