Discovering Occupational Therapy: Interviews With the 100

Though each practitioner has their own story of what attracted them to occupational therapy, the military was a recurring theme in the 100’s stories—though not necessarily their own service.

It was Bette Bonder’s father who got her interested in occupational therapy. During World War II, he worked as an aide in an occupational therapy clinic in a Long Beach, CA, naval hospital. “He never liked to talk much about his wartime experiences,” Bonder recalls, but “the one thing he often mentioned was the way in which occupational therapists helped injured servicemen and -women.” He urged his daughter to consider OT as a career. “Although I don’t think he fully realized the many avenues open to occupational therapists,” says Bonder, “he was certainly right that it would be a wonderful career.”

Barbara Hemphill first encountered occupational therapy during her military service, saying that she spent some time in the occupational therapy department at hospital school. “I was not impressed at that time,” she recalls. Even after stumbling on a copy of AJOT while babysitting, she remained uninterested. It wasn’t until she talked to Betty Collins after an unsuccessful interview at the nursing school at the University of Iowa that Hemphill became intrigued by occupational therapy. “The rest is history,” she concludes.

Lorraine Williams Pedretti’s parents wanted her to be an elementary school teacher, like her older sister. “But I wanted to do something that was unique and different,” she says. As a senior in high school, she received a copy of The Weekly Reader, a newsletter distributed to high school students that highlighted a field of study each week. One week, it featured occupational therapy. “It looked like the ideal field for me because I could combine my desire to care for others with my interest in arts and crafts.”

Pedretti had a sister working as a nurse at Bellevue Hospital, who arranged for Pedretti to visit an OT clinic there. “I was enthralled with it,” recalls Pedretti. “I felt as if the work would combine clinical skills and interests with my love of arts and crafts media,” she says, and adds that she rounded out her exploration of the field by reading Ora Ruggles’s The Healing Heart (Julian Messner, Inc., 1961).

Joan Rogers also stumbled across occupational therapy in high school, while trying to write an essay on potential careers. She went to the library to look for ideas and found a book titled…Joan Chooses Occupational Therapy (Dodd, Mead, & Co., 1944). “The book became a unique guidance counselor for me,” recalls Rogers. “By the time I finished reading, I said, ‘Yes, that sounds like me.’” Reading that book led Rogers to explore education options, volunteer in an adult mental health hospital, babysit for a child with cerebral palsy, and discuss this career path with an occupational therapist.

“In hindsight,” she muses, “my occupational choice process involved all the ingredients that we typically look for in applicants—knowledge about occupational therapy, aptitude, clinical exposure, and a role model.” 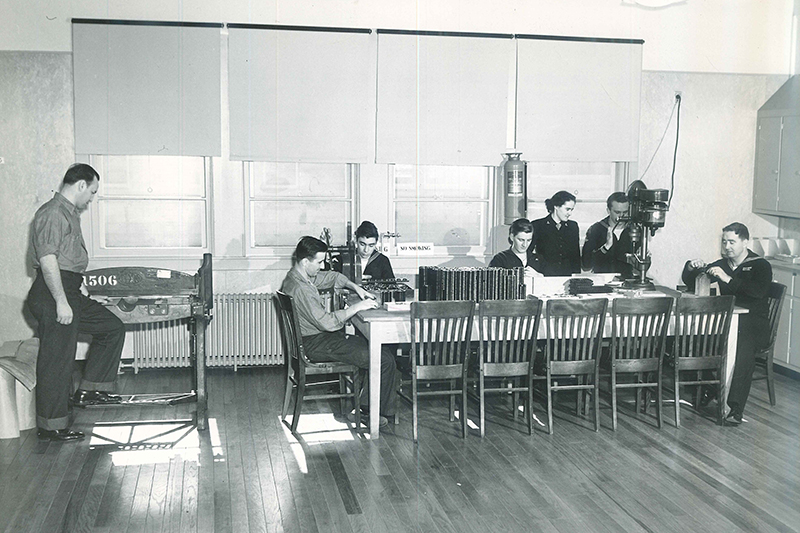 Stories
Stories of how some of the 100 most influential people in OT discovered occupational therapy.
See all articles in
Stories